In the Siloah St. Trudpert Klinikum in Pforzheim medifa has retrofitted old VARIOP automatic doors to the latest state of the art. According to the FTA guideline no. 8 rev 3 the owner is also responsible for the operation of properly functioning doors according to the old state of the art and is liable in case of danger to the users. If no new doors are to be procured, the existing doors can be retrofitted quickly and without great effort. This involves replacing the drive and drive mechanism and installing sensors. In the Siloah St. Trudpert Klinikum in Pforzheim, a door opening via Clean-Switch for contactless opening of the door was also installed. The doors are retrofitted completely with seals and require no further actions.

In Pforzheim a total of three doors were modified:

Mr. Schnelle, deputy head of the technical-construction-infrastructure department reports on the reasons why they decided to have the automatic doors retrofitted:

"We have been using the old MAQUET VARIOP doors since 1990 and they are state of the art of that time. They did not have any safety devices such as sensors and only a delayed pressure deceleration. This led to an incident in which one of our employees injured her hand. For this reason, we decided at short notice to take the doors out of service and to operate them only by hand. Then we decided to look for a long-term solution to be able to use the doors automatically again, but with the certainty to guarantee the safety of our employees. 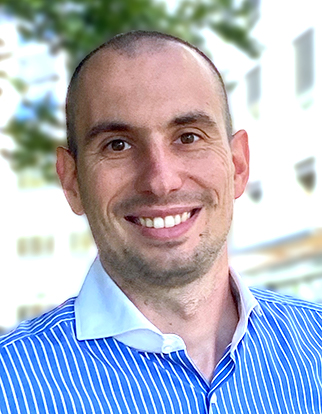 By retrofitting the automatic door, we were able to save about 60% of the costs compared to a new door. In addition, the retrofitting could be carried out within a few hours without interrupting regular OR operations. We have now had the first door converted on a trial basis and are very satisfied with it. Over the next few months we now intend to have a further 20 doors with this old MAQUET drive converted to the latest technology so that all doors once again meet the latest safety and hygiene requirements.

With the retrofitting solution of medifa we were able to save about 60% of the costs compared to a new door. In addition, the retrofitting could be carried out within a few hours without interrupting the surgical process in the OR. We had our first door converted on a trial basis and are very satisfied with it. In the next few months we want to have another 20 doors retrofitted to the latest technology so that all doors meet the latest safety and hygiene requirements.

At the 3 airlock doors the electronic airlock control was broken and had to be replaced, therefore the doors were not allowed to be operated in any longer. At first we thought about replacing only the lock control system, but then we decided to replace the doors completely, which was the right decision in retrospect. The lock control system now works well and without any problems. For these 3 doors, a customer-specific solution was found for us, so that only the door leaf and the drive boxes had to be replaced and the frame which is permanently fixed to the building was only thing to replace. Overall we are very satisfied with the 3 projects, the implementation was very successful."